A Finance Minister Fit for a Greek Tragedy? 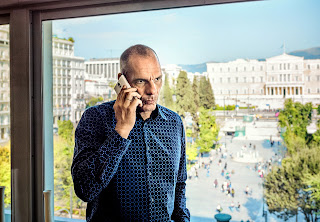 Yanis Varoufakis knows when he will go. “I’m not going to humiliate myself, and I’m not going to become compromised in terms of principles and in terms of logic,” he told me in early May. The Greek finance minister had just returned to Athens from a hopscotch tour of European capitals, during which he warned his fellow European leaders that they faced a Continental crisis: If they didn’t lend money to his ailing country soon, Greece might end up forced to leave the eurozone. And yet Greece wouldn’t accept many of the conditions they were demanding in return. He sounded angry. “I’ll be damned if I will accept another package of economic policies that perpetuate this same crisis. This is not what I was elected for.” He would resign, he said, rather than push the Greek people deeper into economic despair: “It’s not good for Europe, and it’s not good for Greece.”

Varoufakis has been Greece’s finance minister for only four months, but the story of how he has thrown Europe into turmoil is one many years in the making. After Greece joined the European Union’s monetary union in 2001, the tiny country of 10 million was flooded with money from elsewhere on the Continent. Over the course of the next decade, Greek leaders, whose sclerotic and corrupt economy had long been rife with patronage and tax evasion, borrowed billions from imprudent European banks and then lied to E.U. officials about its mounting debts. When the financial crisis finally rolled into Greece in 2009 and 2010, the country was an estimated $430 billion in debt, a staggering figure that imperiled the economic health of its near and distant neighbors — indeed, all of Europe. The European Commission, International Monetary Fund and the European Central Bank (often referred to as the troika) agreed to bail out the sinking economy by loaning it $146 billion. In return, as Athenians rioted in the streets in protest, the government promised the troika it would reduce state spending by slashing pensions and wages, eliminating jobs and raising taxes, an approach to debt reduction known as “austerity.”