Will natural gas cooperation with Russia save the Greek economy? 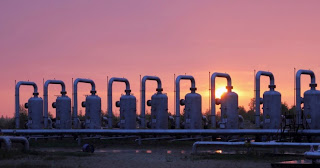 In the midst of profound turbulence in the negotiations between Greece and its international lenders, Prime Minister Alexis Tsipras flew to Moscow last week for an official visit to President Vladimir Putin. This meeting, portrayed by many commentators as a bargaining chip with its European creditors, was officially intended to improve bilateral relations between the two countries in various economic sectors. Greece had high expectations from this meeting, in terms of financial assistance, potential gas discounts and a lift of the Russian ban on the food imports from Greece.

However, during the press conference that followed the meeting it emerged that Russia had something else to offer to Greece: strong cooperation on natural gas projects. This prospect was presented by President Putin as a sort of potential game changer for the Greek economy. Firstly, he stated that Greece could earn "hundreds of millions of euro" through natural gas transit annually. Secondly, he declared that Greece could use these revenues to pay off its debt to international creditors. Prime Minister Tsipras reacted favourably to this proposal, by saying that this might also boost jobs and investment in Greece. But is there any evidence that a strong natural gas cooperation with Russia would have a considerable impact on the Greek economy? This blog is intended to provide insight on this controversial issue.

During the press conference, President Putin declared that Russia would consider the option of providing loans to Greece for joint large-scale natural gas projects. This was a reference to Turkish Stream, a project launched in December 2014 by the Russian President himself, intended to deliver substantial volumes of Russian gas to Turkey and Europe while completely bypassing Ukraine from 2019.