What happens when a country defaults? 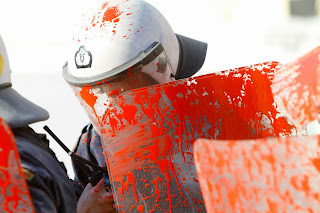 Why are we asking this now?

Greece is at risk of defaulting on its debts. It has been funneled huge amounts of money by international organisations such as the IMF, and has borrowed large amounts of money from private investors on international money markets. But the continuing downward trajectory of Greece’s economy and the tough rules that have been imposed on the country by lenders mean that the country is running out of money. In coming weeks Greece faces a number of repayment deadlines as well as a large salary bill for government employees. Analysts suggest that the country will not be able to meet these payments.

What do we mean by “default?”

When a government—or company—is unable to meet debt repayments, then it is said to be in default. In such cases, a one-off failure to make a payment is taken as a sign that the government in question is unable to pay back not only that specific debt, but all other debt. There then follows a complete collapse of market and international economic sentiment towards the defaulting government’s financial position.