US alarmed by Greek energy alliance with Russia 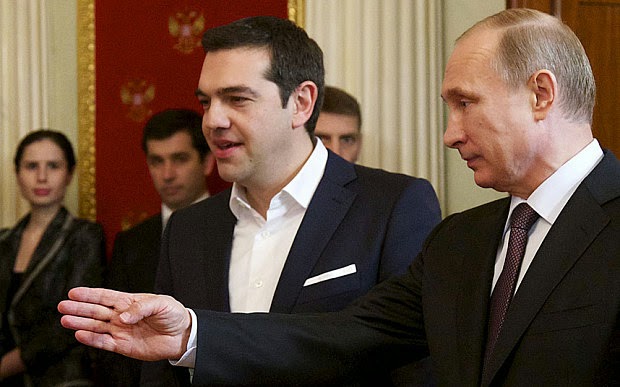 The US is scrambling to head off a Greek pipeline deal with Russia, fearing a disastrous change in the strategic balance of the Eastern Mediterranean as Greece’s radical-Left government drifts into the Kremlin’s orbit.

Ernest Moniz, the US Energy Secretary, said his country is pushing for an alternative gas pipeline from Azerbaijan that would help break the stranglehold that Russian state-controlled firm Gazprom has on European markets.

“Diversified supplies are important and we strongly support the ‘Southern Corridor’ to bring Caspian gas to Europe,” he told a group of reporters on the margins of CERAWeek oil and gas forum in Houston.

He insisted that it was vital to uphold “collective energy security” in Europe.

Greece’s foreign minister, Nikos Kotzias, said Gazprom made a “very good offer”, with guaranteed gas supplies for 10 years at good prices. He asked how his Syriza government could justify turning down such an opportunity unless the Western powers could come up with something better.