Spectre of Grexit back as cash runs out 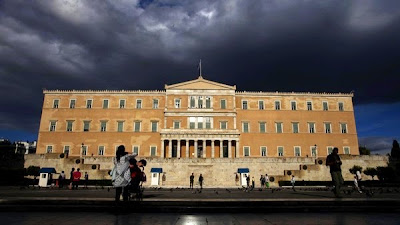 “Grexit” is the phrase once again on everyone’s lips in Europe.

Even if Greece is able to pay back a €450m loan to the International Monetary Fund on Thursday, it will struggle to make the big repayments due over the next few weeks unless it strikes a deal with its eurozone partners, raising the spectre of default and, ultimately, the departure from the single currency that haunted Europe for much of 2012.

“Grexit” is a concise term for a process that may be anything but swift and clear-cut. Lawyers and economists warn that any Greek detachment from the single currency union would probably be a great deal more complex and messier than previously thought.

“There is a lot of loose talk, but there are no mechanisms for forcing Greece to exit the euro — and they don’t seem to want to exit voluntarily,” says Benedict James, a partner at Linklaters, a law firm. “What is more likely is that the government will progressively run out of euros.” 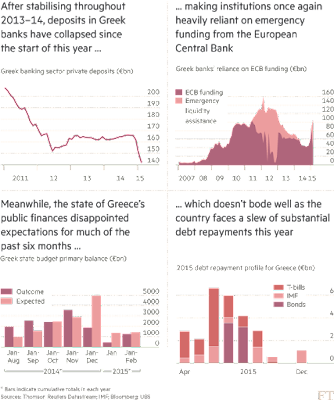 Posted by Yulie Foka-Kavalieraki at 6:01 PM