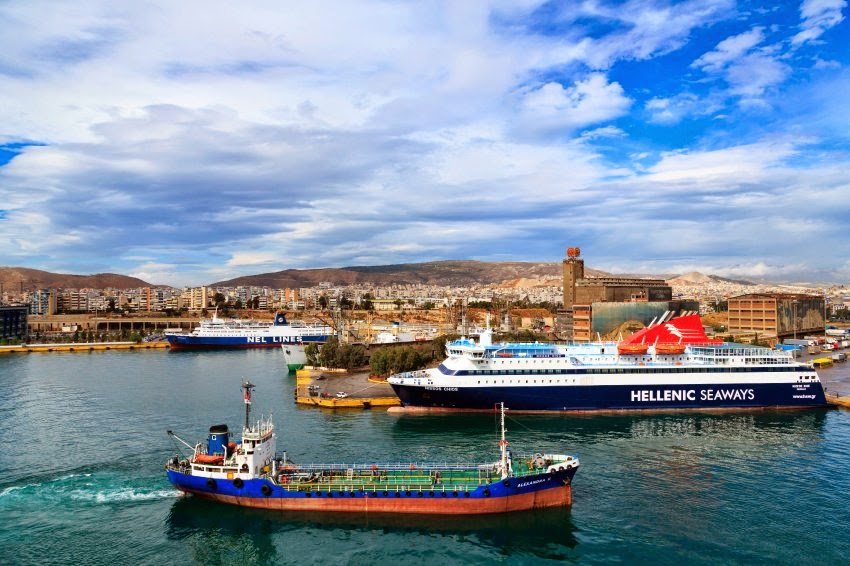 A Chinese executive with shipping company Cosco has helped transform part of Athen's Port of Piraeus into a success story. The multinational firm now has a controversial plan to acquire the whole facility and put it on track to join the ranks of Hamburg and Rotterdam.

One could argue that China's long path to Piraeus, Greece, began on April 27, 1961. It's the day Mao Zedong founded the communist state's first freight company, the China Ocean Shipping Company (COSCO). The Great Leap Forward, Mao's plan for industrialization, had proven to be a disaster at the time, leaving millions dead or starving. With Cosco, China had its eyes on overseas markets.

Almost 54 years later, the company is steering toward a major prize in Greece. After lengthy wavering, the Greek government-- comprised of Prime Minister Alexis Tsipras, his far-left Syriza party and the right-wing populist Independent Greeks -- has announced it will be selling the majority of its share in Athens' Piraeus Port Authority. So far, Cosco is the most promising bidder.

Throughout, Fu Cheng Qui, or "Captain Fu," as the chief executive of Cosco's Piraeus subsidiary is called by those who know him, will be closely monitoring the bidding process. Fu has already been in Piraeus for a long time with the company, and he is determined to stay. He has placed the bid on behalf of his company and has little doubt it will be accepted.

In his position, 65-year-old Fu is the guardian of China's gateway to Europe. He may soon control the container piers, cruise-ship terminals and ferry quays of Greece's biggest port.