Mythology that blocks progress in Greece 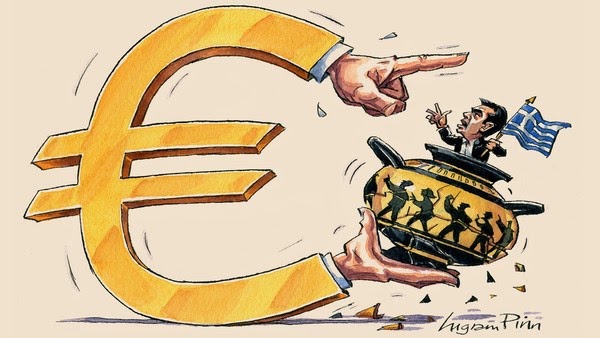 The Greek epic continues. It will not end well if the people involved do not recognise they are clinging on to myths. Here are six, each of which poses intellectual and emotional obstacles to reaching a solution.

A Greek exit would help the eurozone. “Will no one rid me of this turbulent priest?” This is the question Henry II is supposed to have asked about Archbishop Thomas Becket. Wolfgang Schäuble, Germany’s finance minister, must think much the same of his Greek partners. For the English king, however, the gratification of his wish was a disaster. A similar thing is likely to be true if Greece leaves. Yes, if Greece suffered a calamitous aftermath, populist campaigns elsewhere would be less effective. But euro membership would cease to be irrevocable. Each crisis could trigger destabilising speculation.

A Greek exit would help Greece. Many believe a weak new drachma offers a painless path to prosperity. But this is only likely to be true if the economy can easily expand its production of internationally competitive goods and services. Greece cannot. And the immediate consequences are likely to include exchange controls, defaults, a halt to foreign credit, and more political turbulence. Stable money counts for something, particularly in a mismanaged country. Ditching it carries a cost.

It is Greece’s fault. Nobody was forced to lend to Greece. Initially, private lenders were happy to lend to the Greek government on much the same terms as to the German government. Yet the nature of Greek politics, tellingly described in The 13th Labour of Hercules by Yannis Palaiologos , was no secret.