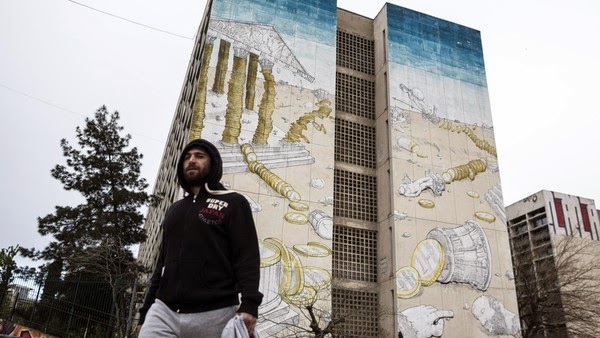 Greek officials have made an informal approach to the International Monetary Fund to delay repayments of loans to the international lender, highlighting the parlous state of Greek finances, but were told that no rescheduling was possible.

According to officials briefed on the talks by both sides, Athens was persuaded not to make a specific request for a delay to the Fund, which is owed almost a €1bn in two separate payments due in May.

Although Athens was rebuffed, the discussions, which occurred in private earlier this month, are a sign that the Greek government is finding it increasingly difficult to scrape together enough money to continue to pay wages and pensions while meeting its debt payments to external lenders.

Yields on Greek bonds soared on Thursday following the news, with yields on three-year paper rising 134 basis points to 25.10 per cent, the highest since the country’s restructuring. Its 10-year yields climbed 45 basis points to 12.18 per cent. 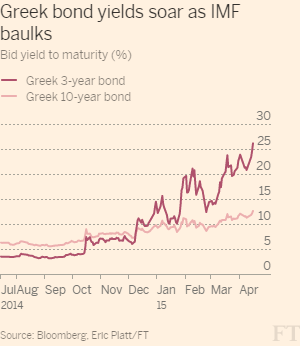 Posted by Yulie Foka-Kavalieraki at 12:07 PM