How to deal with a problem child like Greece 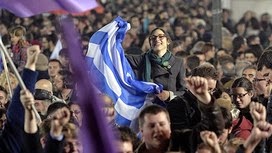 Never in the history of the eurozone has the eurogroup been so united. Never have the institutions formerly known as the troika — the European Commission, the International Monetary Fund and the European Central Bank — had such a common purpose. Whether by design or by accident, the Syriza government led by Alexis Tsipras has achieved more European harmony than a collection of continental choirs singing Ode to Joy. Everyone is deeply frustrated by the antics of Greece.

The issue dominated the spring meetings of the IMF and World Bank in Washington. European officials spoke of their incomprehension that Yanis Varoufakis, Greece’s finance minister, has not engaged with technical talks to change the terms of the country’s lending conditions.

Success would unlock €7.2bn of additional finance necessary to keep Greece from running out of money. The IMF and European officials issued a common message that the detailed talks must speed up or the chances of a default were high. Without agreement, the loans would remain under lock and key.

No one understands Greece’s behaviour in shunning the talks since an outline deal was agreed in February. They call it childish. Many say privately that the Greek authorities are behaving like a toddler having a tantrum. It’s unacceptable, they say. But just as parents often differ on the best way to quieten their screaming offspring, European harmony does not extend to agreement on the best strategy for dealing with the Greek government.