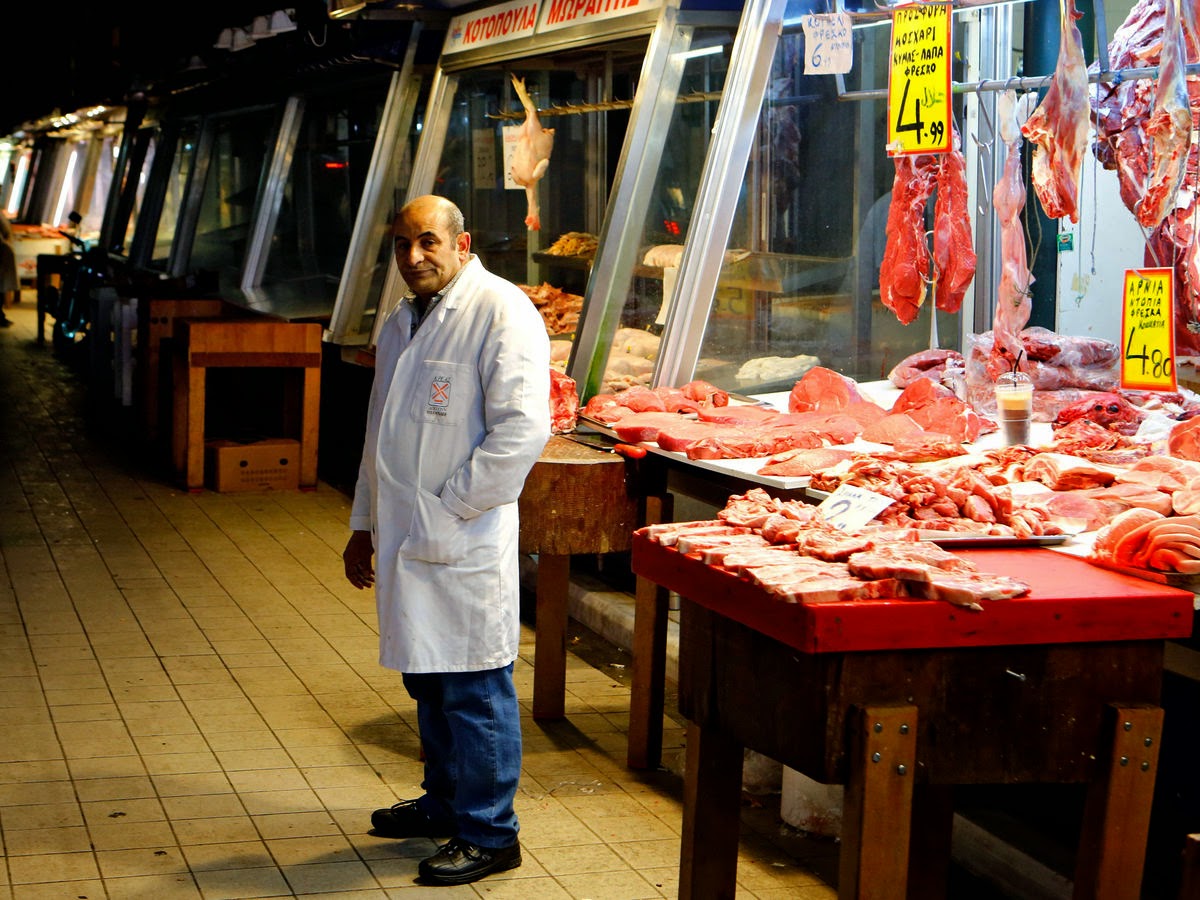 The skinned lamb heads stare balefully out at the elderly women agonizing over them, while a butcher spreads out a piece of white spongy tripe to entice Greeks preparing for their traditional Easter feast.

“People don’t buy a whole lamb nowadays, 10 kilos, they buy three or four kilos,” said Kostas Kelaiditis, 68, as he pounded his butcher’s ax through bones and sinew in the central meat market in Athens. “The whole lamb is for those who declare an income of 50,000 euros a year or more.”

Greeks will celebrate the end of a 40-day fast this weekend that symbolizes self-denial and atonement, a message that’s taken on enhanced meaning for some.

The arcade of meat and offal in the Varvakios market is pulsating with shoppers who are browsing, not buying, as the country marks a fifth year since it accepted wage and pension cuts in return for billions in loans to stave off financial collapse. This year, the talk around the food stalls is of Greece running out of cash for pensions and wages after the government repays the International Monetary Fund a day before Good Friday in the Orthodox calendar.