Greek leaders under fire for ordering councils to hand over cash 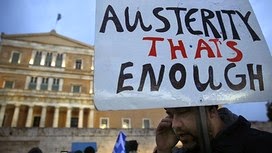 Greece’s anti-austerity government faced the first serious rebellion over its handling of a deepening fiscal crisis after it caved in to international pressure and ordered local authorities to hand over their spare cash.

A group of prominent mayors reacted furiously to the move on Tuesday, which followed repeated demands from Greece’s official creditors, saying it amounted to an illegal seizure of municipal funds by the Syriza-led central government. The mayors said the order by decree violated the constitution and they threatened legal action in Greece’s highest court.

George Kaminis, the non-partisan mayor of Athens, said the order was a blow to the independence of local government and could “asphyxiate” the normal running of the capital. “Apart from the fact that this move is clearly unconstitutional, it takes local authorities by surprise . . . and threatens their capacity to contribute to social cohesion and urban development,” Mr Kaminis told a meeting of EU mayors in Vienna on Tuesday.

The backlash underlines how few palatable options remain open to Athens in its frantic hunt for cash. The government’s defiant stance towards the eurozone has so far proved popular with Greeks. But an opinion poll published on Tuesday showed Syriza’s approval rating fell to 45 per cent from 68 per cent last month.