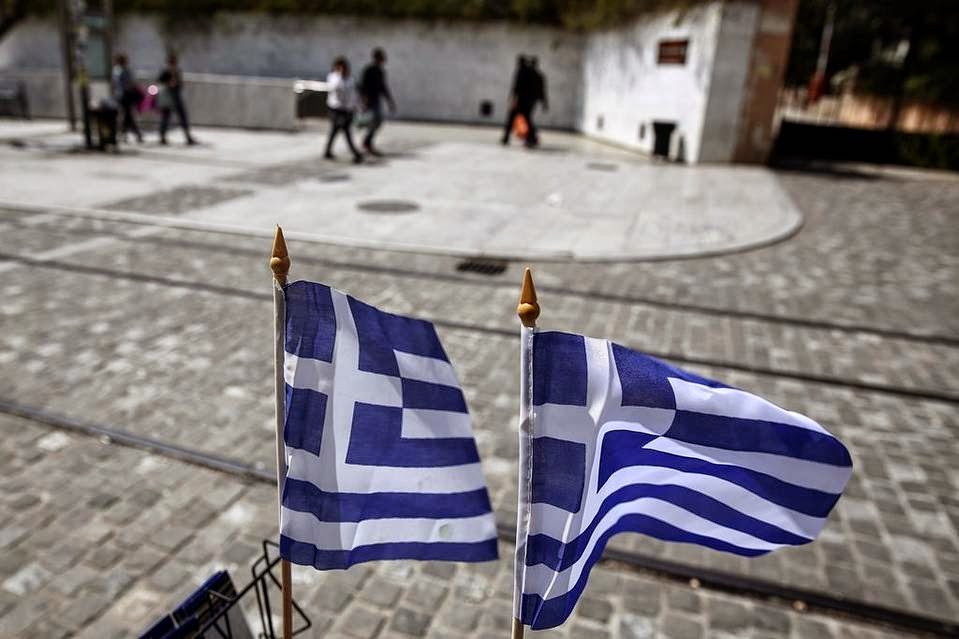 Greek government bonds plunged Thursday, shaken by swelling fears that the beleaguered country will be forced into a default.

Yields on the country’s two-year bonds soared by more than 4½ percentage points on the day to above 27%—their highest since being issued and a massive jump even for notoriously volatile Greek debt. Yields rise when prices fall.

On the country’s 10-year debt, meanwhile, yields advanced more than one percentage point to a shade over 13%—their highest in more than two years.

An inverted yield curve, where shorter-term debt yields more than longer-dated bonds, is a classic signal that investors see a very high risk of default.

“Overall the probability of a Greek exit [from the euro] remains higher now than it ever was,” economists at Barclays wrote in a note. Others warned that a default or an exit from the euro could spark a wave of volatility across other Southern European countries, such as Spain, Italy and Portugal, that were hit hardest during the height of the eurozone crisis. 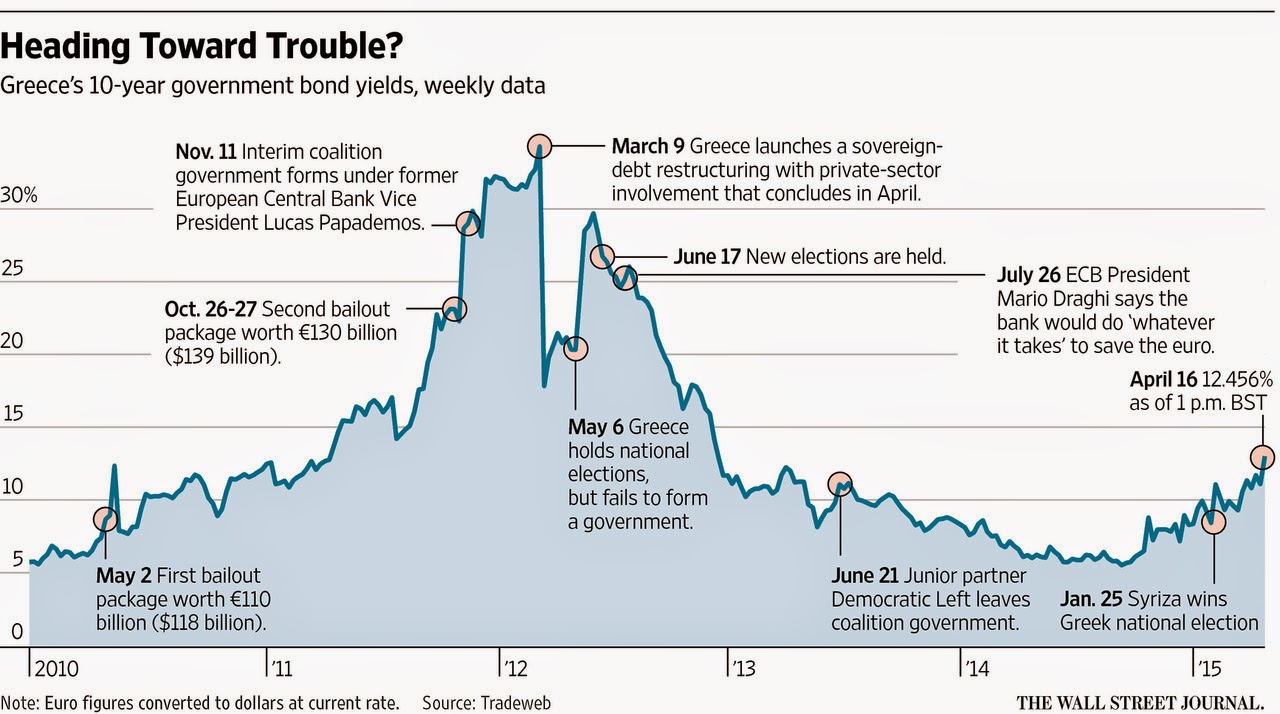 Posted by Yulie Foka-Kavalieraki at 7:15 PM