Greek Contagion Is Not a Something, Not a Nothing 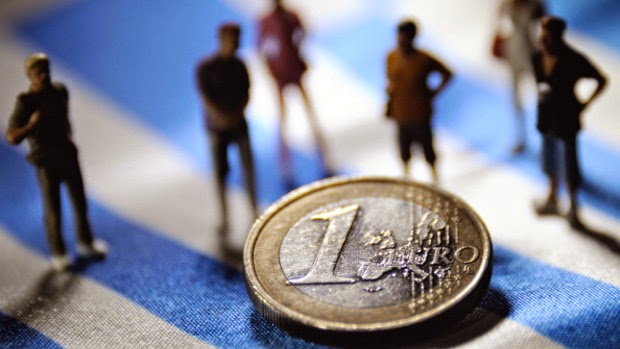 Austrian-British philosopher Ludwig Wittgenstein argued that trying to discuss private sensations such as pain is impossible because "it is not a something, but not a nothing either." That enigmatic statement is a useful way to reflect on whether a bad outcome for Greece will have a contagious effect on other members of the euro zone.

Contagion refers to the risk that Greece would infect its neighbors if it either defaulted on its debts or exited the euro. Investors, for example, might decide that Portugal is next in the firing line if Greece left the euro. They would demand a higher financial reward for taking on the greater risk of default, and thus drive up Portugal's borrowing costs. So far, apart from an almost imperceptible blip higher in borrowing costs in the past week for Portugal, Spain and Italy versus Germany (the euro zone's AAA rated benchmark borrower), Greece's inability to reach a deal on getting fresh money from its creditors hasn't rattled markets: 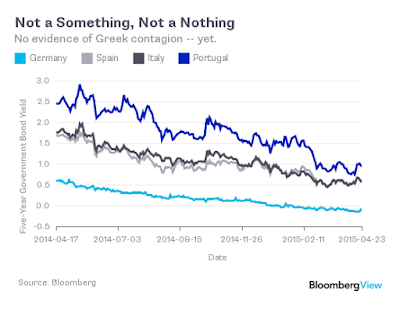