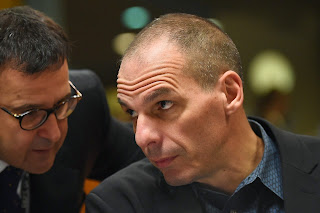 Greece shook up its negotiating team in talks with international creditors, a move expected to reduce the influence of the country’s high-profile finance minister, whose combative style has alienated many European officials.

The move comes after eurozone finance ministers last week chastised Greek Finance Minister Yanis Varoufakis in Latvia over the lack of progress in Greece’s bailout talks. Latest opinion polls show Greek voters are also growing impatient with their government, raising the pressure on Athens to break the deadlock in the negotiations.

Mr. Varoufakis remains finance minister and will continue to represent Greece in meetings of European finance chiefs. But the team of negotiators around Mr. Varoufakis, responsible for much of the policy detail, will now be led by Greek officials who are seen in some European capitals as more promising interlocutors. Some of Mr. Varoufakis’s confidantes who were instead seen as obstructing progress in the talks have been sidelined.