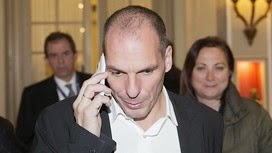 Greece sold €1.14bn of six-month Treasury bills on Wednesday, gaining some breathing room as the country negotiated with international creditors over a bailout package, with several billion euros worth of debt falling due in the coming weeks.

Although Greece has cobbled together sufficient funds to repay international creditors this month, its cash reserves will probably be depleted by the end of April, raising the risk of Greece leaving the eurozone.

“The probability of Grexit is higher than it’s ever been since the start of the euro,” said one European banker.

Lacklustre demand characterised the sale of bills at a yield of 2.97 per cent, a short-term borrowing cost well above other members of the eurozone. A closely scrutinised metric of demand at auctions hovered near the lowest level since 2006 at 1.3 times, according to data from Bloomberg. That matched the coverage ratio at a previous auction in March.