Greece prepares for debt default if talks with creditors fail 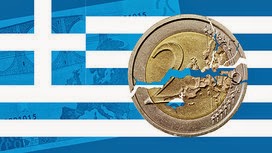 Greece is preparing to take the dramatic step of declaring a debt default unless it can reach a deal with its international creditors by the end of April, according to people briefed on the radical leftist government’s thinking.

The government, which is rapidly running out of funds to pay public sector salaries and state pensions, has decided to withhold €2.5bn of payments due to the International Monetary Fund in May and June if no agreement is struck, they said.

“We have come to the end of the road . . . If the Europeans won’t release bailout cash, there is no alternative [to a default],” one government official said.

A Greek default would represent an unprecedented shock to Europe’s 16-year-old monetary union only five years after Greece received the first of two EU-IMF bailouts that amounted to a combined €245bn.

The warning of an imminent default could be a negotiating tactic, reflecting the government’s aim of extracting the easiest possible conditions from Greece’s creditors, but it nevertheless underlined the reality of fast-emptying state coffers.