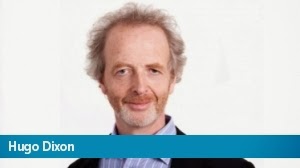 Greece has two weeks to produce some red meat.

The default scenario is off the table for the time being after Yanis Varoufakis, the finance minister, confirmed the country would meet a payment to the International Monetary Fund on April 9. But with more payments looming, the fear of bankruptcy will be back by late April if Greece doesn’t come up with some substantial reforms.

Without that, euro zone creditors will refuse to lend more money and Athens will probably suffer a disorderly default.

Greece has scraped together enough cash to meet the IMF payment, in part by extracting liquidity from quasi-state entities. However, the radical-left government has pretty much exhausted its techniques for squeezing blood out of a stone. Meanwhile, it has largely wasted two and a half months in office by lecturing creditors, sending out mixed messages about its willingness to default and coming up with amateurish proposals.