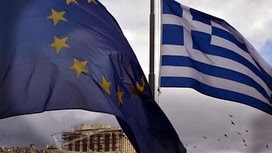 For a government struggling to make a repayment to the International Monetary Fund this week, Greece’s Syriza administration has a remarkably lax attitude to negotiating with its creditors. Last week, Athens sent the latest, painfully slow, iteration of a reform programme to eurozone governments, the IMF and the European Central Bank, asking for its bailout to continue.

The letter was at least fuller and more rational than previous attempts. But it still fell short of a comprehensive agreement that will allow Greece to set out long-term plans and be granted debt relief without the perpetual threat of bankruptcy hanging over it.

The proposal was the usual combination of the useful, the quixotic and the counterproductive. The useful included an assurance that privatisation processes currently under way would be allowed to continue. The quixotic was the notion that a clampdown on offshore tax avoidance — a perfectly sound idea in itself — could raise between €725m and €875m this year. The counterproductive was the announcement that the government would backtrack on some of its labour market reforms, for example reversing the move towards collective bargaining at company rather than industry level.