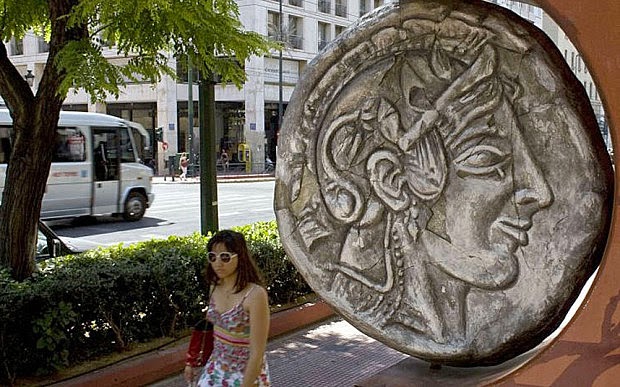 Greece is drawing up drastic plans to nationalise the country's banking system and introduce a parallel currency to pay bills unless the eurozone takes steps to defuse the simmering crisis and soften its demands.

Sources close to the ruling Syriza party said the government is determined to keep public services running and pay pensions as funds run critically low. It may be forced to take the unprecedented step of missing a payment to the International Monetary Fund next week.

Greece no longer has enough money to pay the IMF €458m on April 9 and also to cover payments for salaries and social security on April 14, unless the eurozone agrees to disburse the next tranche of its interim bail-out deal in time.

“We are a Left-wing government. If we have to choose between a default to the IMF or a default to our own people, it is a no-brainer,” said a senior official.

“We may have to go into a silent arrears process with the IMF. This will cause a furore in the markets and means that the clock will start to tick much faster,” the source told The Telegraph.

Posted by Yulie Foka-Kavalieraki at 11:27 PM