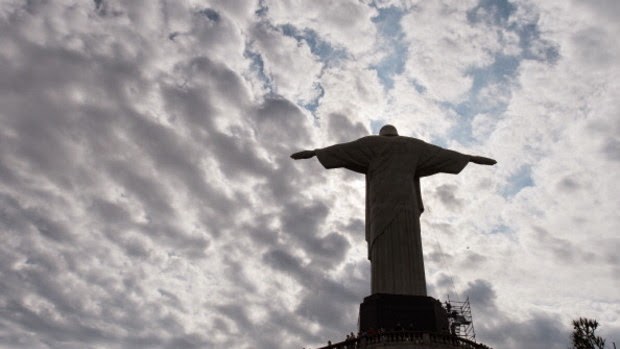 by Matthew A. Winkler

Greece and Brazil are both synonyms for economic dysfunction. So why do investors think Greece is becoming a respectable bet while Brazil remains a lousy one? Here's a partial answer: the euro. Greece, a member of the European Monetary Union, works with a solid (if imperfect) currency. Brazil, on its own, doesn’t.

For bondholders, that’s a big deal. Greek government bonds returned 336 percent since May 2012 as Brazilian government bonds gained 24 percent, when measured in local currencies, according to the Bank of America Merrill Lynch index. Brazil's real has depreciated 14 percent this year against the dollar, making it the worst performer among the 31 most traded currencies.

Investor skepticism also made the real the world’s least predictable currency. Its implied volatility, a measure of traders' bets on how much its value will change day to day, jumped more than any other currency this year.