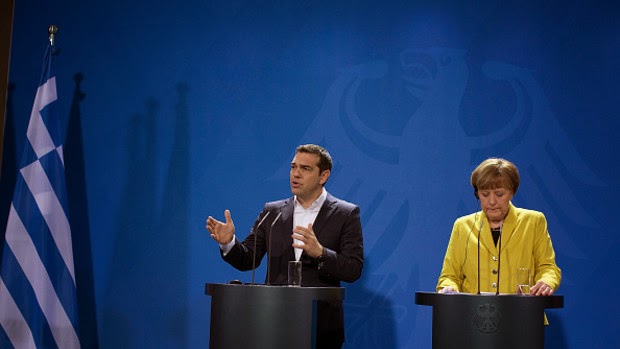 The brinkmanship over Greece and its debts continues. A meeting of finance ministers in Riga on Friday is likely to pass, like many previous make-or-break moments, without resolution. The European Union isn't deviating, and neither is Athens. Before much longer, though, something really will have to give -- and it seems ever more probable that, when it does, the news will be bad.

Confidence has firmed across Europe that a Greek default won't much harm any other country -- indeed, that the rest of the EU might actually be stronger if the Greeks are taught a lesson. This theory is wrong. If it's pressed into action, Europe will come to repent its biggest miscalculation since the creation of the euro.

EU governments are hardening their insistence on an overt Greek surrender. The terms of the existing bailout program, they say, must be honored in full before talks on a new one can start -- and meanwhile, there'll be no more money. In plain terms, the Syriza government led by Prime Minister Alexis Tsipras must not only break its promise to voters but be seen by all to have broken it.