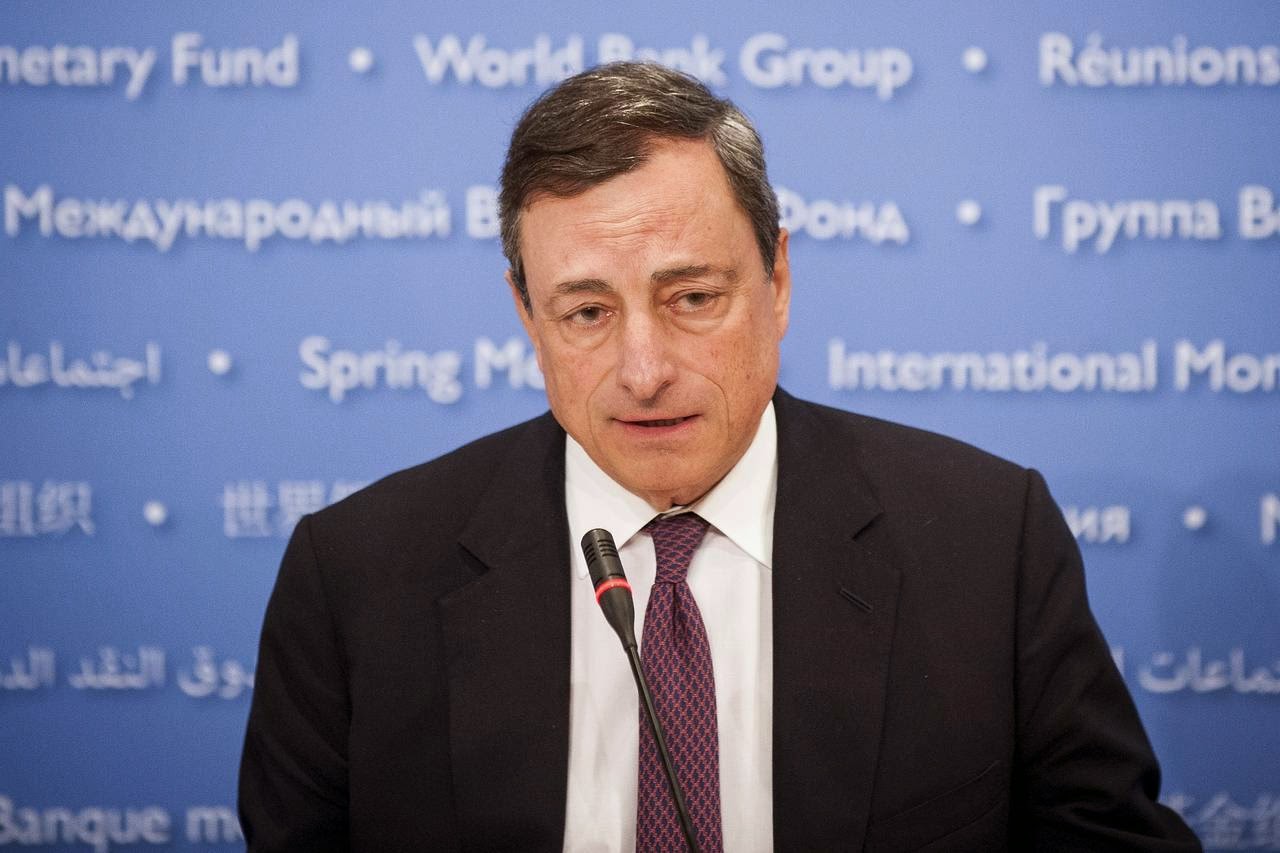 European Central Bank President Mario Draghi on Saturday rejected speculation that Greece may be forced to abandon the euro, reiterating that Europe’s single currency is irrevocable.

At a news conference during meetings here of the world’s top finance officials, Mr. Draghi said he stood by a comment he made in 2012 that the euro “cannot be reversed.”

The risk of a Greek exit appears to be rising, as a stalemate between Greece and its creditors over emergency financing drags on with some big bills due for Athens in the coming weeks.

Despite the urgent circumstances, the International Monetary Fund’s Managing Director Christine Lagarde on Saturday said she had learned little new in talks with Greek Finance Minister Yanis Varoufakis last week, and urged him promptly to submit a detailed proposal for a fresh bailout. 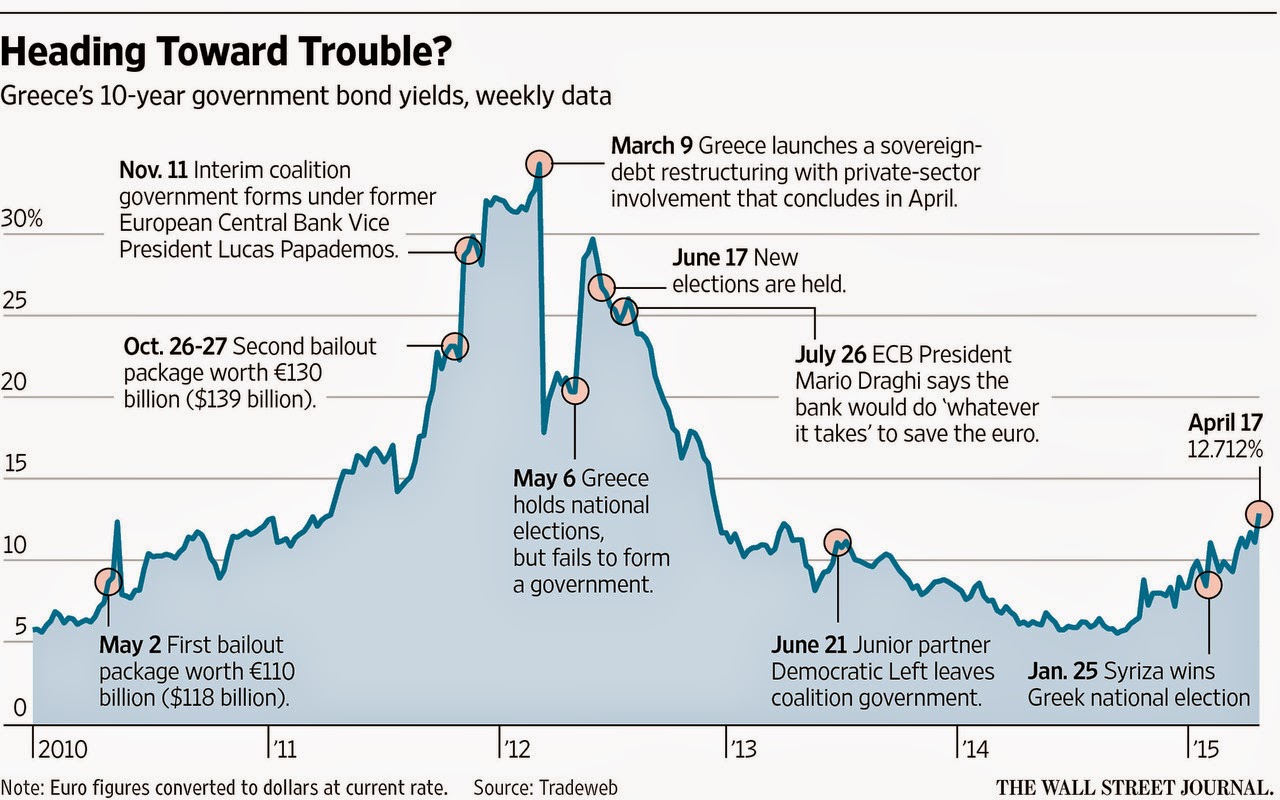 Posted by Yulie Foka-Kavalieraki at 11:42 PM