ECB credibility convinces southern states they can survive a Grexit 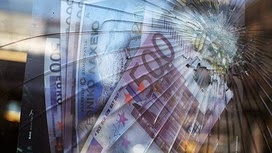 Policy makers in Italy, Portugal and Spain say their economies and financial systems are strong enough to survive a Greek departure from the eurozone, but they acknowledge that Grexit might set a precedent replete with risks for Europe’s 60-year-old integration project.

Government officials and independent analysts in Lisbon, Madrid and Rome say a chaotic Greek abandonment of the euro, bringing widespread economic distress and social upheaval in its wake, would serve as a cautionary shock and probably weaken anti-euro political forces in countries exposed to possible contagion from Greece.

According to José Ignacio Torreblanca, head of the Madrid office of the European Council on Foreign Relations think-tank, a Grexit would not be good for Podemos, Spain’s new radical leftist party, which has high hopes of success in national parliamentary elections due at the end of this year.

“I’m not saying this would destroy Podemos, but it would possibly spoil their plans to be the main force of the left,” he said. This explains why the party is already distancing itself from Syriza, the governing Greek party that is in some respects its ideological sister movement, he added.