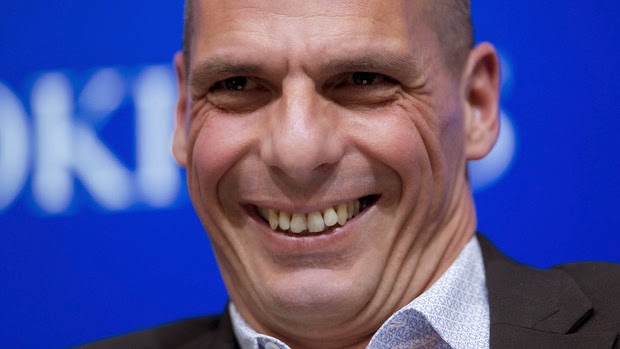 Greece and its creditors would do well to step back and survey the wreckage as they enter yet another week of brinkmanship: Data on capital flows suggest they've undone years of confidence-building in a matter of months.

Haggling over the terms of loans from Germany and other official creditors is bringing Greece ever closer to a worst-case outcome: a default on its debts and possibly its exit from the European Monetary Union. The protracted uncertainty itself is taking a toll. Worried depositors and investors are moving their euros out of Greece to safer places such as Germany, depriving the Greek economy of the private investment it desperately needs to grow.

Data from the Greek central bank, which records each euro that leaves the country as a liability, suggest the capital flight has reached unprecedented proportions. Over the six months through March, about 62 billion euros ($67 billion) were taken out of Greece. That's the equivalent of a quarter of the country's gross domestic product. Here's a chart: 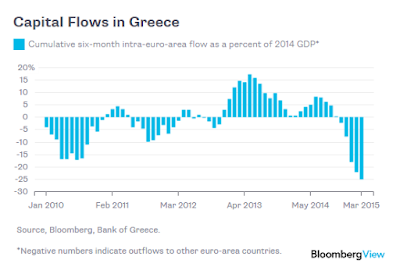