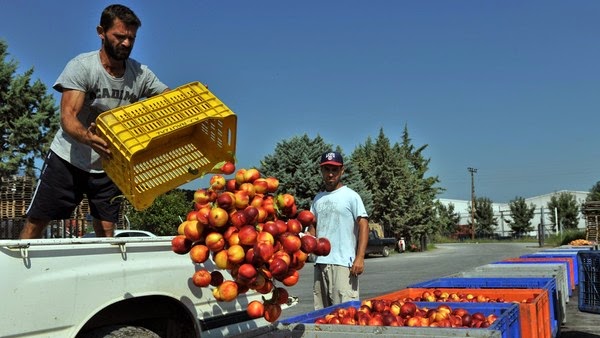 When Alexis Tsipras visits Vladimir Putin’s Kremlin on Wednesday there is a chance the Greek premier’s eastern manoeuvre will immediately bear fruit: kiwis, peaches and strawberries to be precise.

Athens is hopeful that Moscow will lift a retaliatory ban on Greek soft fruits to demonstrate the abiding strength of Russo-Greek relations, just as both leaders feel a diplomatic chill with Europe over the Ukraine crisis and Athens’ bailout saga respectively.

But what worries European diplomats is that the Putin-Tsipras gladhanding amounts to something more significant than fruit trade. The big fear, in the words of one suspicious senior official, is a “Trojan horse” plot, where Russia extends billions in rescue loans in exchange for a Greek veto on sanctions — a move that would kill western unity over Ukraine.

No such shock is expected this week. But as Athens nears the brink of insolvency there is growing alarm that Mr Tsipras’s radical left government might turn to Moscow in desperation. It would set off the biggest panic over Greece’s strategic alignment since the 1947 US Marshall Plan, initiated to save the country from communist fighters that Mr Tsipras’ Syriza party lionise to this day.