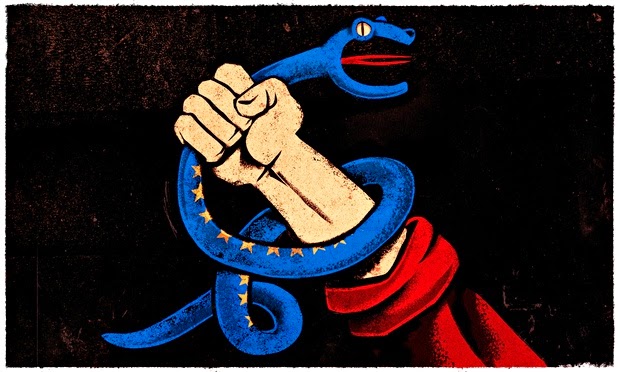 There is nothing wrong with travelling to Moscow these days if you are a European politician. The problem is what you say, or do, when you’re there. The danger isn’t so much ending up in prison – Russia is not North Korea. Nor is it that no one should talk to Putin or his regime. Russia is a player that cannot be ignored across many international fields, from the Middle East to nuclear proliferation and even climate change. It attacked Ukraine and trampled on a half-dozen treaties and rules that uphold the post-1945 European security order, but no one has considered breaking off diplomatic relations. The risk of a trip to Moscow is that you may be taken for a “useful idiot”: the expression, often attributed to Lenin, applies to those who become instrumentalised when they take a position that serves Moscow’s propaganda aims much more than their own interests or intentions.

I can see several reasons why Alexis Tsipras, the Greek prime minister, has decided to travel to Moscow . Greece is deeply isolated in Europe as it struggles to harness much-needed funds from its lenders. Faced with a scenario of default or bank runs, Greece is in dire straits, with renewed speculation of a Grexit from the eurozone. On 9 April, Greece must pay back €450m to the IMF. Tsipras wants to show his European colleagues that he can turn east, playing Russia off against the EU. His government has indicated it doesn’t intend to seek Russian money as an alternative to the European bailout, but that doesn’t mean an offer is excluded. His energy minister has just asked Russia to grant Greece lower gas prices, in the hope of alleviating budgetary pains. TV pictures of a warm welcome in Moscow will go down well in Greece, where Tsipras has to consolidate a seemingly fractured political base.

Greece and Russia have old historical ties. In the early 19th century tsar Alexander I helped Greece gain independence from the Ottoman empire. Orthodox Christianity brings a sense of belonging to the same culture. Religious affiliation may not be the most important thing for Tsipras, whose Syriza far-left movement is rooted in stark atheism. But it certainly appeals to his coalition partner, the far-right Independent Greek party, which is comfortable with Putin’s ideology of traditionalist nationalism and social conservatism, including anti-gay repression.