11 Acts Toward a Greek Tragedy 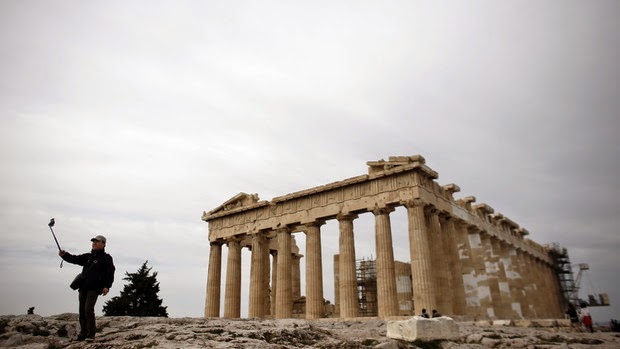 With negotiations faltering, the rhetoric intensifying and a daunting payment schedule ahead, there is mounting concern that the latest disagreements over Greece may be more than just another stage in the prolonged repeated game involving that country's debt drama.

The worry is that, this time, a ghastly set of circumstances is coming together to form an inevitable reality – that of Greece being ejected from the euro zone (a forced “Grexit”), which wouldn't be caused by a conscious decision, but would be the result of a huge accident (“Graccident").

Here are the 11 things you need to know:
More
Posted by Yulie Foka-Kavalieraki at 10:05 AM