Will the “troika” return to Athens? 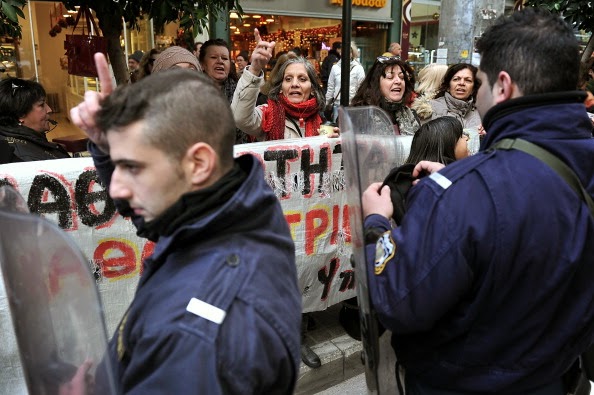 Among the issues plaguing deliberations over the way forward on Greece’s bailout is how the country’s international creditors can verify its economic and fiscal situation without sending monitors to Athens– which would look very much like the return of the hated “troika”.

Alexis Tsipras, the new Greek prime minister, has declared the death of the troika – which is made up of the European Commission, European Central Bank and International Monetary Fund – but for now, the troika isn’t really dead. The re-branded “institutions” must still evaluate Greece’s reform programme and give it a signoff before any of the remaining €7.2bn in bailout can be disbursed.

But the new Greek government has resisted anyone from the “institutions” showing up in Athens; they were originally supposed to show up this week, but officials said Greek authorities blocked the visit. In a letter Thursday to Jeroen Dijsselbloem, the Dutch finance minister and eurogroup president, Yanis Varoufakis, the Greek finance minister, suggested an alternative to a return of “the institutions” to Athens: have them meet in Brussels instead.

More
Posted by Yulie Foka-Kavalieraki at 11:58 AM