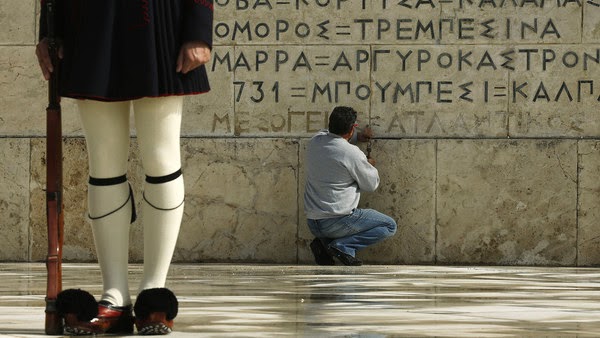 Investors are underestimating the chaos that a Greek exit from the eurozone could trigger, many of the City of London’s top financiers have warned.

The immediate financial fallout from a possible “Grexit” has been mitigated over the past couple of years, as banks have shored up finances and cut exposures. But according to a poll of the FT City Network — the Financial Times’s forum of chairman and chief executives from across the banking, insurance, investment and broader business communities — markets are too sanguine about the knock-on risks.

Disintegration of both the eurozone and the EU are the biggest threats, the forum warned. “Neither the eurozone, nor perhaps even the EU itself could survive a stampede out the door,” said Xavier Rolet, chief executive of the London Stock Exchange.

Tidjane Thiam, chief executive of insurer Prudential, said: “Financial markets seem remarkably relaxed about a potential Grexit; they believe that either it will not happen, or it will not matter. That belief deserves to be challenged.”