To beat austerity, Greece must break free from the euro 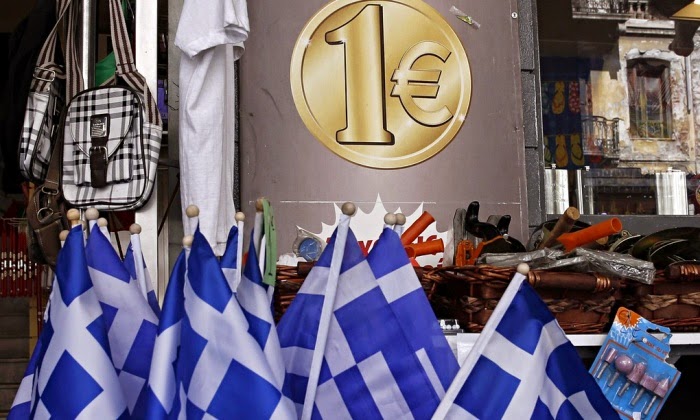 The agreement signed between Greece and the EU after three weeks of lively negotiations is a compromise reached under economic duress. Its only merit for Greece is that it has kept the Syriza government alive and able to fight another day. That day is not far off. Greece will have to negotiate a long-term financing agreement in June, and has substantial debt repayments to make in July and August. In the coming four months the government will have to get its act together to negotiate those hurdles and implement its radical programme. The European left has a stake in Greek success, if it is to beat back the forces of austerity that are currently strangling the continent.

In February the Greek negotiating team fell into a trap of two parts. The first was the reliance of Greek banks on the European Central Bank for liquidity, without which they would stop functioning. Mario Draghi, president of the European Central Bank, ratcheted up the pressure by tightening the terms of liquidity provision. Worried by developments, depositors withdrew funds; towards the end of negotiations Greek banks were losing a billion euros of liquidity a day.

The second was the Greek state’s need for finance to service debts and pay wages. As negotiations proceeded, funds became tighter. The EU, led by Germany, cynically waited until the pressure on Greek banks had reached fever pitch. By the evening of Friday 20 February the Syriza government had to accept a deal or face chaotic financial conditions the following week, for which it was not prepared at all.