The trouble with SYRIZA 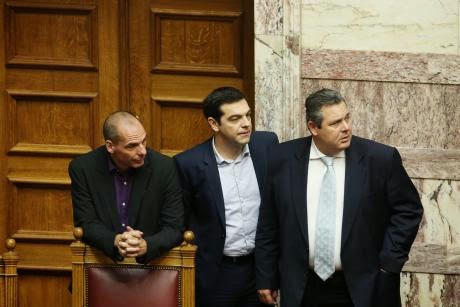 The text is a version of the author's talk at a mini conference on “The Political Consequence of the Eurozone Crisis in the Debtor States”, at the Minda de Gunzburg Center for European Studies, Harvard University (March 3, 2015).

The topic of my talk is so bitterly contested that I feel I should start with a confession – which is also a health warning: I am not that excited by the rise of SYRIZA. In fact, there are several things about it that absolutely terrify me. And I am saying this in spite of the fact that I consider myself ‘a man of the Left’, and even though I have always been highly critical of the parties that ruled the country in coalition or in competition with each other since 1974.

This is hardly the place nor the time to go very deeply into why and how a defeated minority of Greek progressives (to which I belong) have come to feel alienated from the current ascendance of the radical left, or into the reasons for so much ‘bad blood’ between radicals and moderates within the Left. I really cannot see how anyone in the audience can possibly want to know more about the fine details of this quarrel between Mensheviks and Bolsheviks.

On the contrary, I believe it is important to acknowledge that recent developments in Greece cannot be fully made sense of as a straightforward triumph of leftists over conservatives. A move along a Left/Right axis, in this case brought about by an appalling economic and social crisis, has certainly taken place. But cutting across that familiar cleavage, there lies a very different one, crystalized around attitudes to Europe (and the ‘West’), national identity, the role of the Orthodox Church and so on and so forth. These are partly overlapping, seldom articulated, yet highly divisive questions that are steeped in history – the history of the unresolved conflicts that have accompanied Greece’s perennial, often half-hearted, always incomplete efforts to be a modern country.