The Eurozone Recovery Means Greece Has Less Leverage Than It Thinks 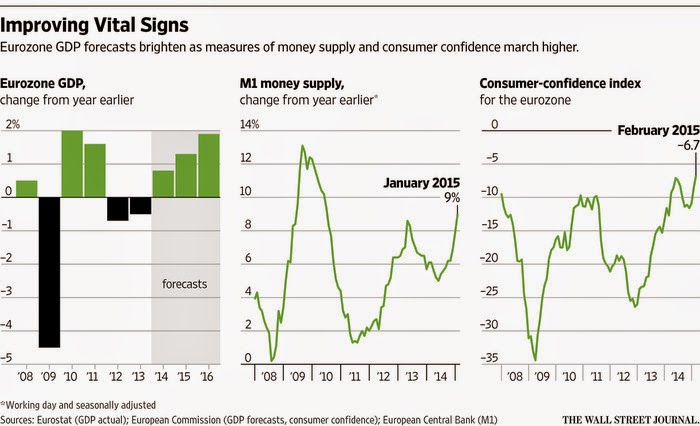 After weeks of brinkmanship between Greece and the eurozone, one might think the outlook for Europe was bleak. Since the election of a radical leftist-led government in Athens in January, a breakup of the supposedly irreversible single currency has looked more likely than ever. It took an 11th-hour deal finalized last week to avert imminent Greek bankruptcy—and already this fragile truce is under strain.

Eurozone policy makers claim that they only tolerated a degree of vagueness in a list of Greek reform commitments required as part of that deal to help Athens obscure the scale of its climb-down from its domestic audience. But Athens insists the lack of detail is evidence of “constructive ambiguity” that leaves the exact nature of what it has agreed open to continued negotiation. Thus the uncertainty over Greece’s fate is set to continue.

Yet focusing on Greece only tells part of the story. Equally important to the long-term fate of the currency bloc is growing evidence that the recovery is strengthening, thanks to a weaker currency, which has fallen 19% against the dollar since the start of 2014; a falling oil price, which is likely to add up to 1.5 percentage points to the level of output this year, according to Huw Pill, chief European economist at Goldman Sachs ; and the lower borrowing rates and boost to confidence from the European Central Bank’s new government-bond buying program due to start this week.