Rival accuses Syriza of wanting to ‘blow up’ relations with Germany 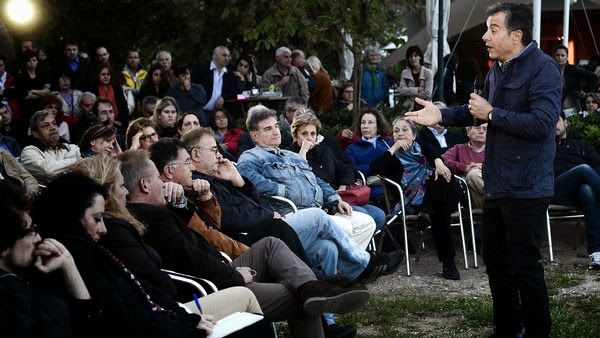 Stavros Theodorakis, a political newcomer and leader of the centre-left To Potami (the River) party, argues that the Syriza-led government is squandering political capital by consistently taking aim at Berlin.

“The Germans today are friends of Greece and we shouldn’t have government ministers pursuing a hostile relationship with them,” Mr Theodorakis said in an interview with the Financial Times.

“Millions of Germans come to Greece on holiday every year and there are close ties between our peoples . . . But there are some brainless people who want to blow up this relationship,” he added.

While Alexis Tsipras, the prime minister, has softened his own anti-German rhetoric since taking office he allows members of his cabinet to let rip against the Berlin government.