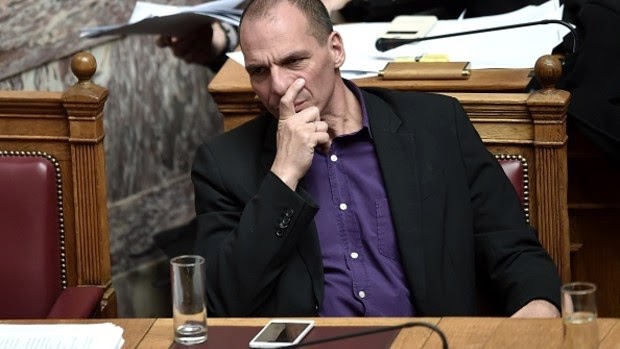 As Greece drifts again towards a Euro exit and German Chancellor Angela Merkel prepares to make another last-ditch attempt to find a compromise, Germans are discussing one of the more bizarre aspects of the crisis: Did Yanis Varoufakis, now Greece's finance minister, really give Germany the finger during a speech two years ago?

The question came up late last month, when someone posted a YouTube video of Varoufakis talking at an event in Zagreb, Croatia, in May 2013. It didn't make much of a splash until last Sunday, when Guenther Jauch, one of Germany's most influential TV hosts, aired a clip from the video, in which Varoufakis makes the obscene gesture and says, "Greece should simply announce that it is defaulting, stick the finger to Germany and say, well, you can now solve this problem by yourself."

Jauch proceeded to show footage of Varoufakis angrily protesting that the video had been doctored and that he had "never given the finger ever." Then, guests of the show argued about the recording's authenticity.