Q&A: As Greece and creditors squabble, cash is running out 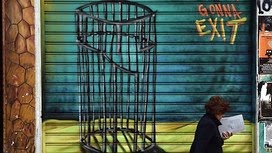 It does not get much simpler than this: the Greek government is rapidly running out of money and the EU authorities that could provide the cash to bail it out are refusing to do so.

That is at the heart of the two-month stand-off between Athens and its eurozone creditors and the main complaint contained in a five-page letter sent a week ago by Alexis Tsipras, the Greek prime minister, to his German counterpart, chancellor Angela Merkel, whom he met in Berlin on Monday evening.

There are only two sources of cash Greece can tap: the €7.2bn remaining in its current bailout or by issuing short-term debt that is then purchased by Greek banks. But eurozone authorities are refusing to allow either until Athens implements sweeping economic reforms, which Greek authorities have been resisting. Neither side is budging.

When will Greece run out of money?

That’s the €7.2bn question, and nobody knows the precise answer since national treasuries always seem to find ways to shift cash around — and Athens has thus far been pretty good at scraping together funds from bank accounts held by independent government agencies.