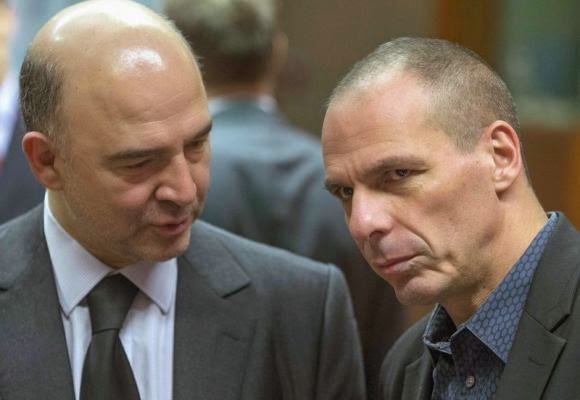 The European Union is not prepared to keep Greece in the euro zone at any price, its financial affairs chief said in a newspaper interview on Wednesday, although he said that a Greek exit would inflict great damage on the currency union.

"The Eurogroup has an overwhelming will to keep Greece in the euro zone. Financial accidents can happen. Our task, however, is not to organise this but to prevent it," Pierre Moscovici, the financial affairs chief, told German daily Die Welt.

The Eurogroup is the group of euro zone finance ministers.

"We won't keep Greece in the euro zone at any price, but under strict conditions which are acceptable for both sides," Moscovici said, adding that any possible third aid package must look different to previous ones.

His comments follow remarks from German Finance Minister Wolfgang Schaeuble last week that Greece may stumble out of the euro zone because its leaders had failed to negotiate new borrowings.