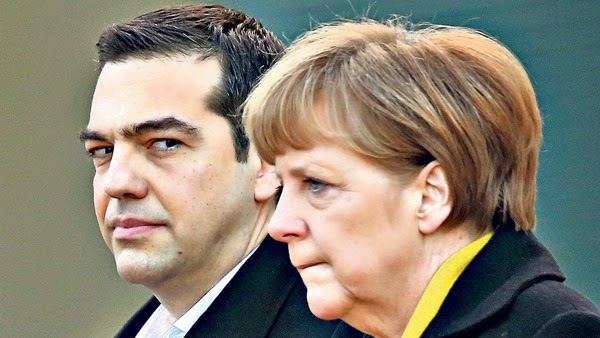 Angela Merkel, German chancellor, and Alexis Tsipras, Greek prime minister, pledged to work together on Monday to try to resolve the Greek financial crisis, striking a conciliatory note during their high-profile Berlin summit.

But both said that the meeting, which Ms Merkel arranged last week in a bid to defuse escalating tensions, was not the place for detailed talks over the eurozone’s Greek rescue programme.

Having spent an hour together before the press conference, the two leaders then talked for four hours more over dinner before Ms Tsipras left Ms Merkel’s chancellery just before midnight. Ms Merkel’s spokesman said the meeting was “good and constructive” but gave no details.

On Tuesday, Mr Tsipras was due to meet foreign minister Frank-Walter Steinmeier and German opposition leaders, including chiefs of the far-left Linke party which has backed his radical policies.