Is Yanis Varoufakis heading for his own Grexit? 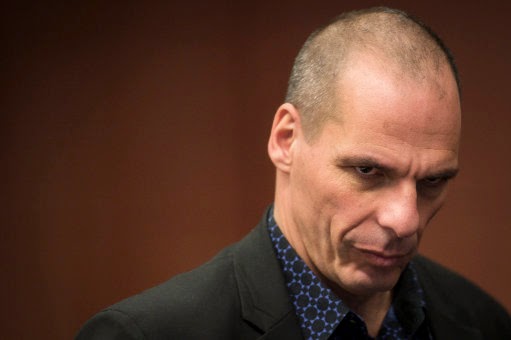 Is Greece moving towards an exit? Not perhaps an exit from the euro for the country, but an exit from the government for its controversial Finance Minister, Yanis Varoufakis (currently a front runner in Prospect’s World Thinker’s poll)? Over the weekend, Varoufakis threw down his latest challenge to the European political establishment by warning in an Italian newspaper that Syriza could, if necessary, call a referendum or general election to reaffirm clear democratic support for its policy of defying European Union austerity programmes. Alexis Tsipras, the increasingly emollient Greek prime minister, seemed to understand that, for other European leaders, this would be the ultimate provocation, since the precedence of bureaucratic rules over democratic mandates is one core principle on which the EU could never compromise. On Monday morning he slapped down Varoufakis, urging his finance minister to rely on ”fewer words and more action”.

This rebuke was quickly followed by a statement from the Finance Ministry, pointing out that Varoufakis had never called into question the Greek government’s absolute commitment to stay within the euro. But therein lies the essence of the Greek problem: the economic policies for which Syriza has won a democratic mandate—raising pensions and wages, re-hiring sacked public servants, reversing privatisations—appear to be compatible with the euro membership, at least under rules laid down and interpreted by the present leadership of the EU.