In Greece, Syriza Struggles to Deliver Promises as Money Runs Out 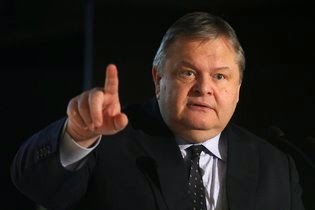 Glowering with disdain, Evangelos Venizelos stepped into the well of the Greek Parliament and ridiculed members of the country’s new leftist government. They had vowed to roll back unpopular austerity measures that Mr. Venizelos and the prior government had pushed through. They had promised that Greece would stop kneeling to European creditors.

Mr. Venizelos, once a powerful minister given the task of defending austerity, offered a disgusted opinion: Who are you kidding?

“You were grossly unprepared and naïve,” Mr. Venizelos boomed during last Friday’s debate over a government amnesty program to collect unpaid taxes. He added: “The government is fooling itself by using double talk. They are saying one thing in the country and another thing to the lenders.”

Having promised an anti-austerity revolution, Prime Minister Alexis Tsipras and his Syriza party are now having a taste of comeuppance. Even as Syriza leaders say their program remains on track, the party is struggling to transition from rebel outsiders plotting to wrest Greek’s economic sovereignty back from Berlin and Brussels to running a government that is rapidly running out of money.

More
Posted by Yulie Foka-Kavalieraki at 8:15 AM