How Jeroen Dijsselbloem did the deal to extend the Greece bailout 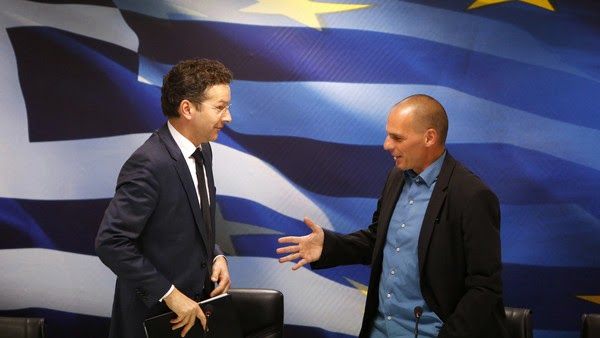 When Jeroen Dijsselbloem finally received the letter from Athens, he was more than a little surprised. For the preceding 48 hours, the chairman of the eurogroup of finance ministers had been in talks with Alexis Tsipras, the Greek premier, about what a letter requesting a four-month extension of Athens’s €172bn bailout should contain. They had spoken repeatedly by phone, swapped drafts, offered edits.

But the letter Mr Dijsselbloem received, signed by Yanis Varoufakis, the Greek finance minister, bore no resemblance to those discussions. Key commitments, such as ensuring Greece’s budget surpluses would be big enough to gradually reduce its national debt, were now far more vague. Faced with a veto from Berlin, Mr Dijsselbloem, who is also the Dutch finance minister, phoned Athens.

“I called Tsipras and said, ‘look, I don’t know what happened, but you sent a different letter’,” Mr Dijsselbloem recalled in an interview. “And Tsipras was surprised. ‘How is this possible?’ He checked. Someone had changed it.”

Over five days of nearly endless negotiations — some in person, some over email, some by phone — the two sides finally reached a deal last Tuesday, largely on Mr Dijsselbloem’s terms. It was an agreement to extend the Greek bailout beyond its February 28 expiry date, staving off a bank run and possible national bankruptcy. In a dramatic climbdown, Athens’s new hard-left government committed to live up to the programme’s existing reform conditions, something it had long vowed never to do.