How Greece’s Exit From Euro Could Happen 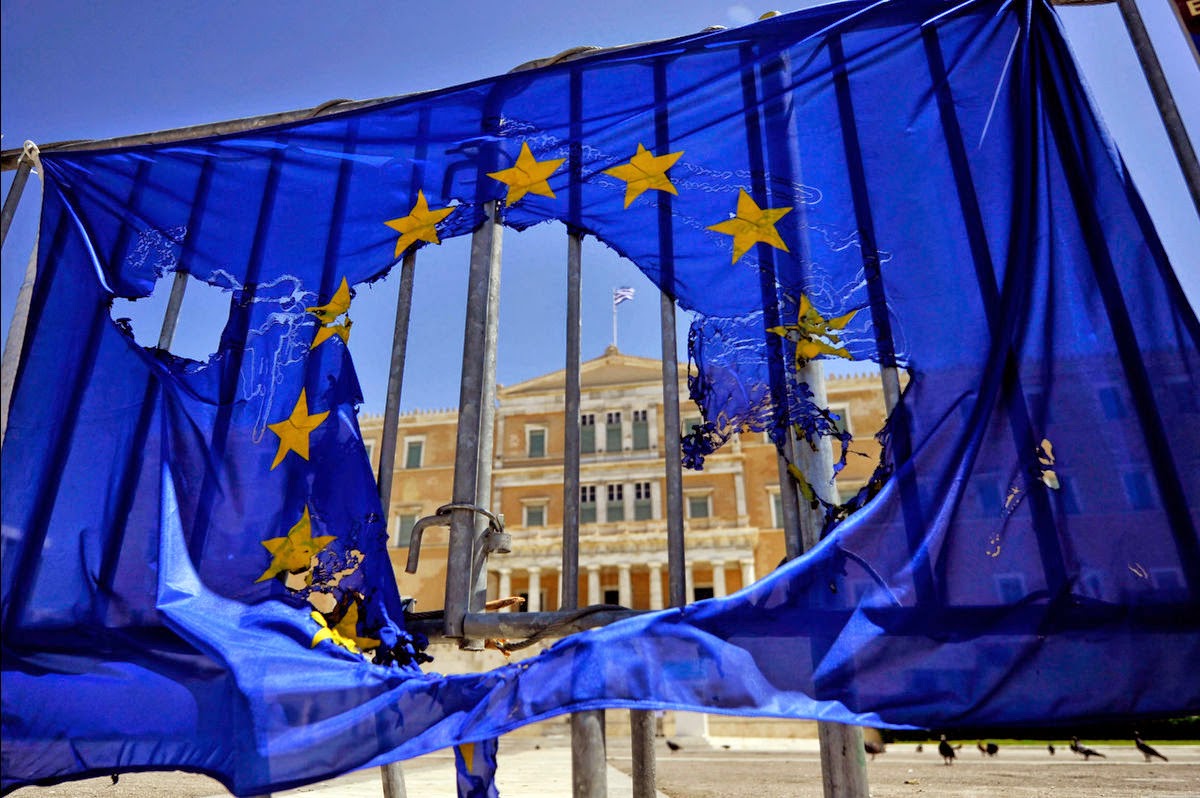 While bond yields suggest investors expect Greece to stay in the euro, economists such as UniCredit Bank AG’s Erik Nielsen say it may be just a matter of time before he’s forced to print a new currency.

Adopting the euro was always supposed to be a one-way ticket, so there is no legal precedent or political roadmap for an exit. If you’re waiting for a formal announcement of a clear resolution, you may be waiting a long time.

Next steps for Greece range from retaining the euro to catastrophic divorce; half-measures like having multiple currencies circulate, with aid recycled to repay foreign-currency debts, are also in the cards.

Equally unclear is who would tell the world -- and how -- that Greece has entered an economic afterlife. Possible messengers include Tsipras, the European Central Bank, European Union President Donald Tusk and European Commission President Jean-Claude Juncker, among others.