Greeks in the Crisis: 'We Need To Explain Ourselves' 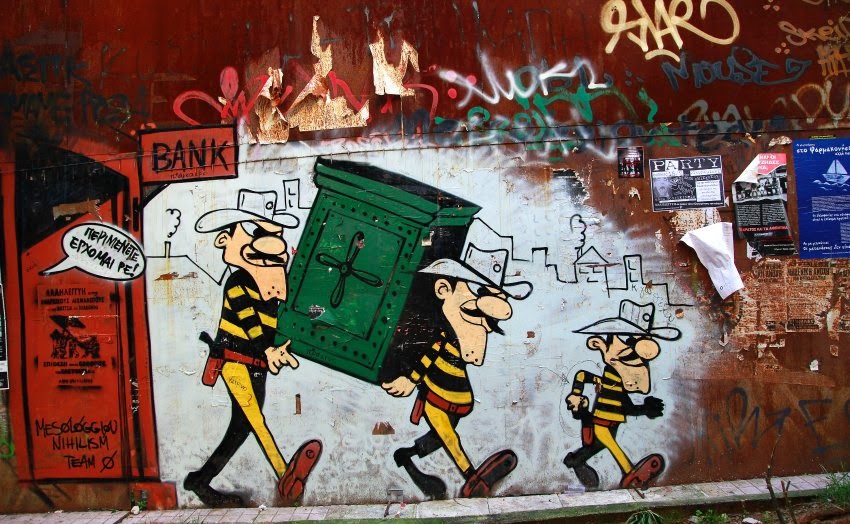 What hopes and fears has the new government in Greece awakened, and how bad are relations with Germany? Four weeks after the election, SPIEGEL sat down to discuss the situation with six Greek people from different walks of life.

With tensions between Greece and Berlin having been significant in recent weeks, SPIEGEL decided to invite six prominent Greeks to a roundtable discussion at Katzourbos tavern in Athens' Pankrati neighborhood.

The state minister is the first to arrive, 10 minutes early. Alekos Flambouraris, 72, wears a black suit, no tie and the kind of open-collared shirt made fashionable by the governing Syriza party in recent weeks. Flambouraris is a close confidant of Prime Minister Alexis Tsipras. "We need to keep up our contacts with the Germans. We want to explain ourselves," he says.

Athens' politically independent mayor, Georgios Kaminis, 60, arrives shortly thereafter on foot -- an inconspicuous man wearing a corduroy suitcoat. The others are: Natassa Bofiliou, 31, a famous Greek pop star who has been threatened by supporters of Golden Dawn because of her vocal opposition to the party; Christos Ikonomou, 44, whose book "Just Wait, Something's Happening," is a compilation of short stories about everyday life in Greece during the crisis; entrepreneur Aggeliki Papageorgiou, 50, the owner of a small ice cream spoon factory that is on the verge of shutting down; and journalist Xenia Kounalaki, 44, who writes for the center-right newspaper Kathimerini and has been disappointed thus far by Syriza's behavior in Europe.

The guests conduct their discussion in Greek and the event is moderated by SPIEGEL editors Manfred Ertel and Katrin Kuntz as well as co-moderator Angelos Kovaios, a journalist with the weekly newspaper To Vima. They spent three hours discussing developments in the country over Greek wine and Cretan cuisine. 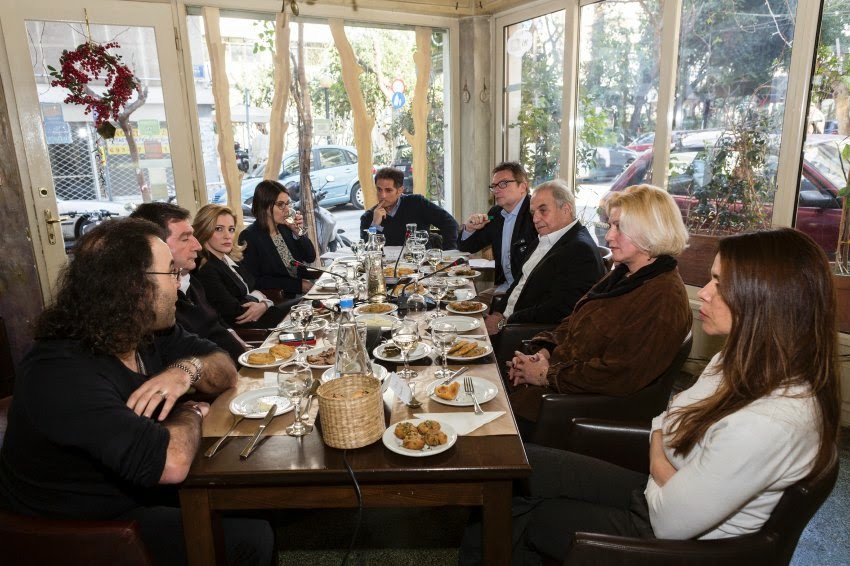 Posted by Yulie Foka-Kavalieraki at 7:50 PM