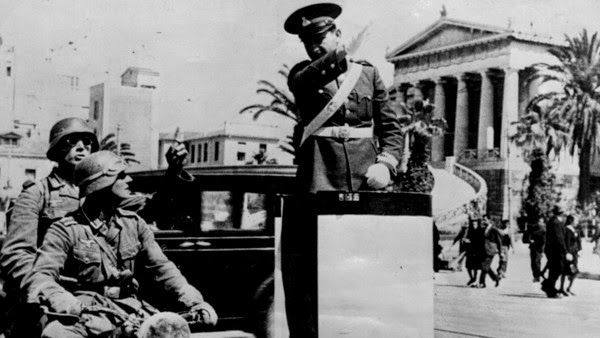 When Greek governments have periodically sought reparations from Germany for crimes committed during the Nazi occupation, Berlin has tended to respond with an abrupt: geschlossen. As in, case closed.

But the latest Greek demand — aired in the context of an increasingly bitter fight with Germany over access to the country’s bailout loans — is finding an opening with unlikely allies in Berlin.

Gesine Schwan, a former Social Democrat presidential candidate, and Ralf Stegner, an SPD vice-chairman, were echoed by Anton Hofreiter, parliamentary chief of the opposition Greens. All three were quoted in the online version of Der Spiegel, the news magazine.

“The government’s legal argument isn’t convincing,” Ms Schwan told the Financial Times. “It leaves a bad impression that Germany doesn’t want to face up to its responsibilities. It was possible to find a solution in German-Polish relations. Something similar can be done with Greece.”