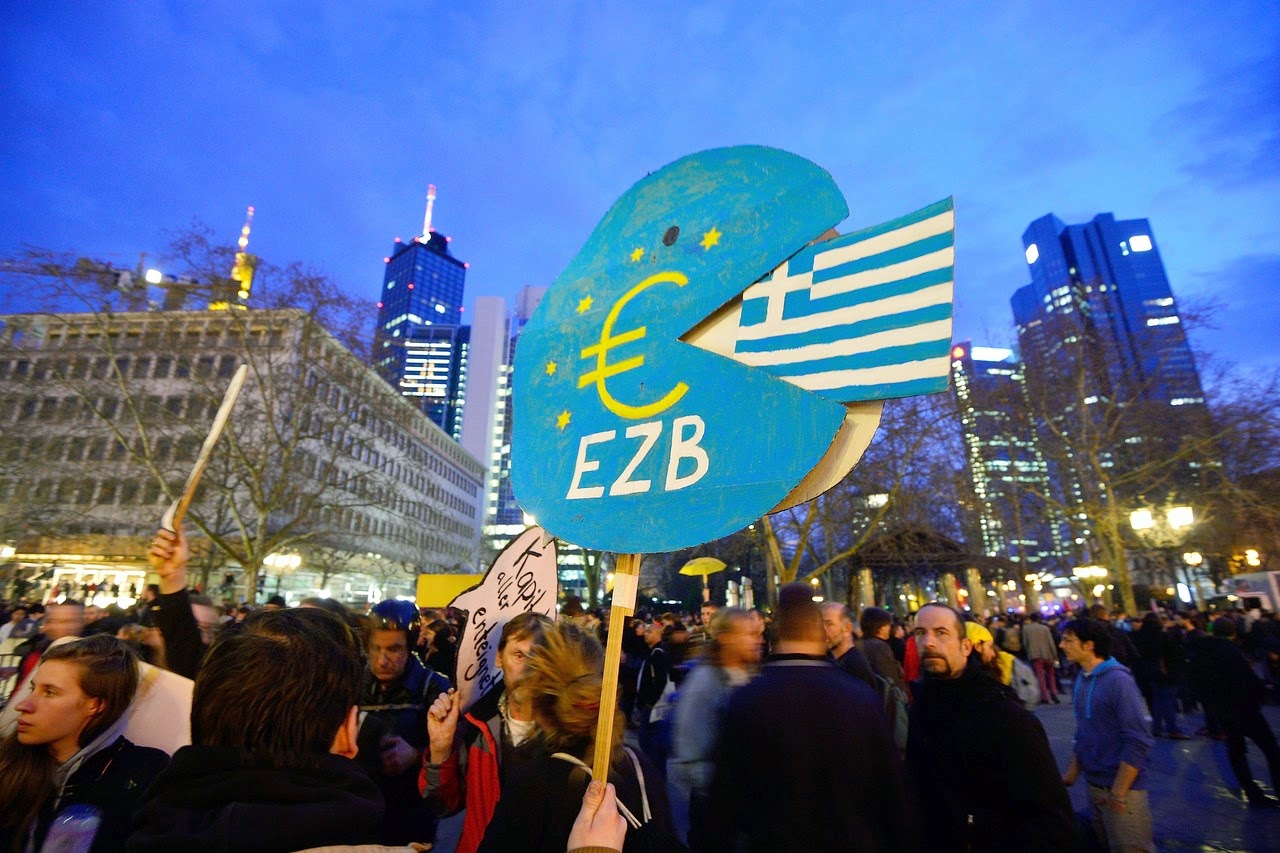 Slowly, the pressure on Greece is ramping up once more.

Mr. Tsipras’s reception is likely to be frosty after he pushed an anti-poverty bill through the Greek parliament in defiance of the country’s international creditors. But while he may feel politically emboldened by antiausterity demonstrations in Frankfurt, financial conditions at home are deteriorating.

Greek government bonds are suffering a renewed crisis of investor faith. The yield on the Greek 2017 bond has risen above 22%, according to Tradeweb, and the yield curve is sharply inverted—a classic sign of distress.

The share prices of Greek banks are at or near the lowest levels seen since the crisis began in 2009. Deposits have continued to flow out with reports of a mini-run on Wednesday after Mr. Dijsselbloem said capital controls may be needed. 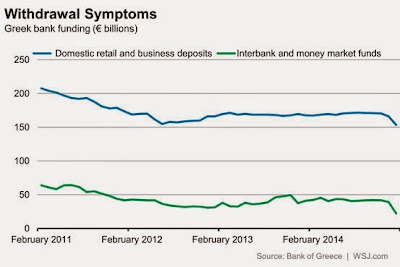