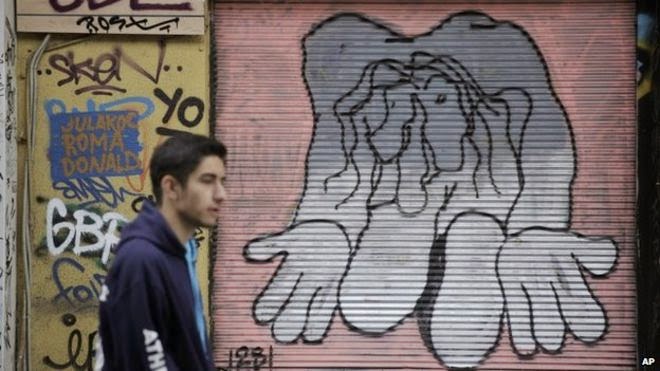 Greece has been accused of wasting time after weeks of wrangling over economic reforms needed to extend its eurozone bailout and pay its debts.

Strong statements from Eurogroup head Jeroen Dijsselbloem and German Finance Minister Wolfgang Schaeuble have created an impression that its new left-wing leaders are not pulling their weight.

German tabloid Bild recently launched a campaign against an agreement, printing the banner headline "NEIN!" across an entire inside page, and encouraging readers to take selfies with the poster.

"No more billions for greedy Greeks," it demanded.