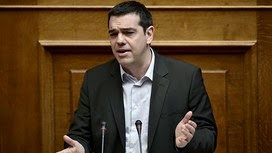 Alexis Tsipras, the Greek prime minister, has warned Angela Merkel that it will be “impossible” for Athens to service its debt obligations due in the coming weeks if the EU fails to distribute any short-term financial assistance to the country.

The warning, contained in a letter sent by Mr Tsipras to the German chancellor and obtained by the Financial Times, comes as concerns mount that Athens will struggle to make pension and wage payments at the end of this month and could run out of cash before the end of April.

The letter, dated March 15, came just before Ms Merkel agreed to meet Mr Tsipras on the sidelines of an EU summit last Thursday and invited him for a one-on-one session in Berlin, scheduled for Monday evening.

In the letter, Mr Tsipras warns that his government will be forced to choose between paying off loans, owed primarily to the International Monetary Fund, or continue social spending. He blames European Central Bank limits on Greece’s ability to issue short-term debt as well as eurozone bailout authorities’ refusal to disburse any aid before Athens adopts a new round of economic reforms.

“Given that Greece has no access to money markets, and also in view of the ‘spikes’ in our debt repayment obligations during the spring and summer . . . it ought to be clear that the ECB’s special restrictions when combined with disbursement delays would make it impossible for any government to service its debt,” Mr Tsipras wrote.

Read the annotated text of the letter
Posted by Yulie Foka-Kavalieraki at 11:05 PM