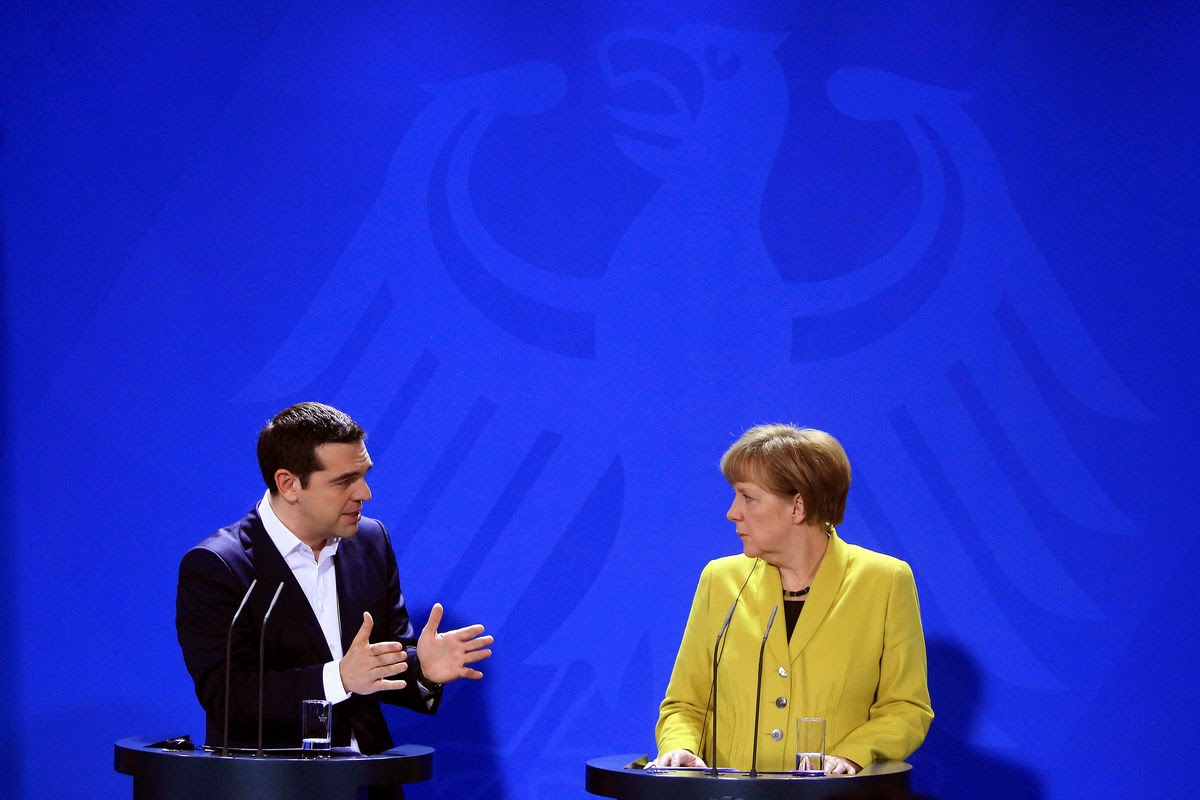 Even Greek Prime Minister Alexis Tsipras’s friends in Germany are getting exasperated with his government after a visit to Berlin fueled skepticism that he can do what’s needed to end the impasse over his country’s finances.

While the atmosphere was good in talks between Tsipras and Chancellor Angela Merkel this week, an improvement in tone may not help resolve a standoff over the reforms required to unlock aid, according to a German government official familiar with the chancellor’s strategy on Greece who asked not to be named because the meeting was private. Members of Merkel’s Social Democratic coalition partners, who have sought to strike a more moderate tone on Greece than her party, were left unconvinced that he can resolve the crisis.

“What’s coming out of Greece is moving completely in the wrong direction,” Joachim Poss, a Social Democratic lawmaker who is the party’s deputy parliamentary spokesman on finance policy, said in an interview. “The situation is really worrying -- we’re stunned watching the developments.”

Tsipras’s difficulty in persuading even more measured German policy makers he’s on the right track risks entrenching a conflict with Greece’s European creditors as his government runs out of money. More than a month after winning an extension of the country’s bailout deal, Greek officials will finally submit plans on how they’ll meet the conditions for releasing aid on Friday, an official from Tsipras’s administration said.