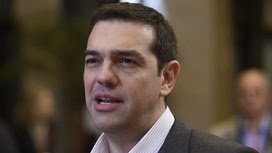 Athens haggled with its lenders through the weekend to try to narrow differences over economic reforms, but remaining gaps suggested that there would be no immediate relief for Greece’s cash-strapped government.

Creditors have demanded that the country must implement reforms before they will unlock about €7.2bn in undisbursed bailout funds.

Both sides held lengthy talks over the weekend, including 10 consecutive hours on Saturday, after the Greek government sent a full list of reforms to bailout monitors late last week. Athens had set Monday as a deadline to finalise the list.

Officials who have seen the offering said that while it contained concessions, it lacked detail in some of the areas that have caused concerns during previous talks.

Without fresh funding, Athens risks running out of cash before meeting a €450m loan payment due to the International Monetary Fund next week. The credit rating agency Fitch downgraded Greece late on Friday to a “substantial credit risk”, citing “uncertain prospects of timely disbursement from official institutions”.