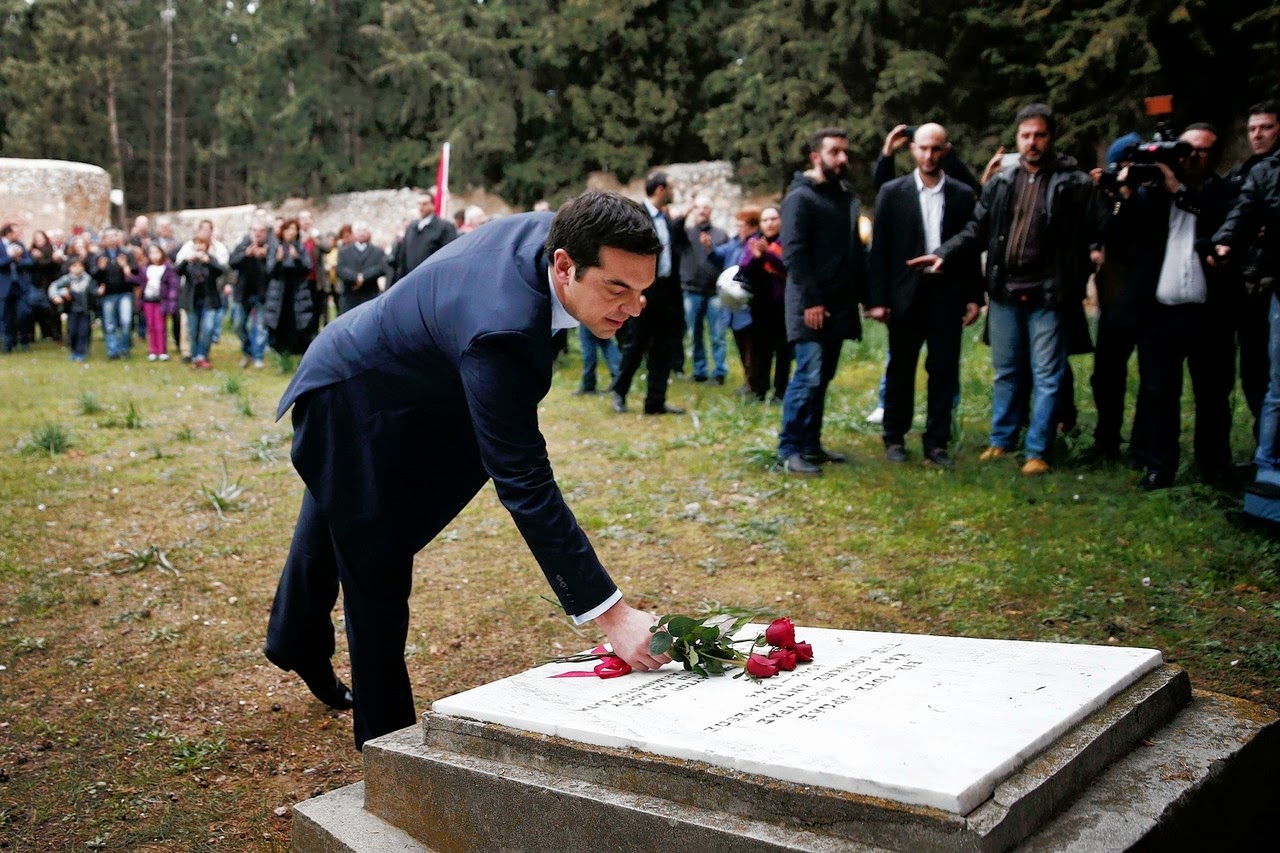 Greece, Mr. Tsipras said in his inaugural address in parliament, has “a moral obligation to our people, to history, to all European peoples who fought and gave their blood against Nazism” to pursue the reparations. The country was ravaged during the Germans’ four-year occupation, a history that remains fresh despite the passage of time.

The leftist prime minister’s move to confront Germany with what most Greeks see as Berlin’s outstanding debt to Athens is a theme that has played out repeatedly in his first days in power, as the new government has tried to use a mix of economic argument and moral suasion to win leniency from its creditors.

Immediately after his swearing-in as prime minister in late January, Mr. Tsipras visited a site where Nazi occupation forces had executed resistance fighters outside Athens.

Posted by Yulie Foka-Kavalieraki at 8:22 AM