Greece, Russia and the politics of humiliation 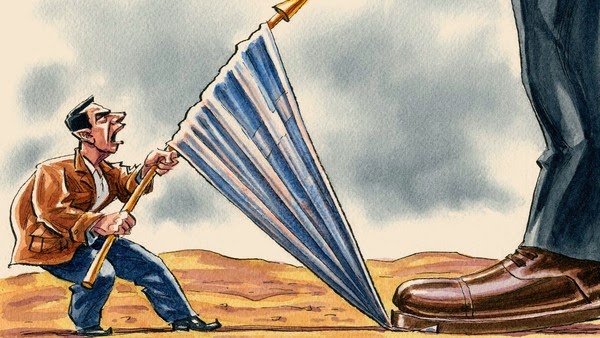 Just before Alexis Tsipras was elected Greek prime minister in January, he made a vow to the voters: “On Monday national humiliation will be over. We will finish with orders from abroad.”

Anyone tempted to dismiss this stress on national humiliation as a Greek eccentricity should look around the world. When I think about the four international issues that I have written most about over the past year — Russia, the eurozone, the Middle East and east Asia — a theme that links all of them is the rhetoric of national or cultural humiliation.

One of Mr Tsipras’s first acts as prime minister was to visit a memorial to Greek resistance fighters executed by the Nazis in the second world war. This gesture was all about national pride: reminding voters of past heroism while inflicting a little return humiliation on the Germans, who led the pack of eurozone creditors.

The Greek government came into office promising to slash the country’s debt and ditch economic austerity. But even though Syriza’s confrontational approach did very little to achieve these goals, voters enjoyed the show of defiance. Syriza’s poll ratings went up, even as deposits in Greek banks shrank.